Notre Dame might not ever be able to fully replace Louis Nix. There just aren’t a too many young men quite like Irish Chocolate. It looks like the Irish may just have another defensive lineman on their hands that is a character on and off the field though with incoming freshman Jay Hayes.

City Gridiron is program broadcast in the New York City area profiling the star high school football players in the area both on and off the field. They recent did a profile of one of Notre Dame’s earliest commitments for the #GoldenArmy14 – Brooklyn native Jay Hayes.

In the clips below you get a glimpse of who Jay Hayes is off the field. On the field we all know him as a 4-star defensive line recruit Irish fans are hoping continues the recent tradition of strong defensive line play for the Irish by the likes of Nix, Stephon Tuitt, Ian Williams, Sheldon Day, and company.  Earlier this year, we ha a chance to talk with Hayes about the kind of player he is on the field as well.

Off the field though, it looks like the Notre Dame coaching staff has done an excellent job of securing the commitment of a special player off the field as well.

Part 2 – At Home with Jay Hayes and his Mom 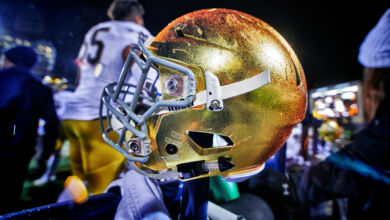 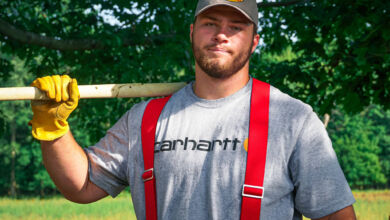