Notre Dame, IN (UHND) — Notre Dame’s already thin offensive line took another hit Tuesday when sophomore Chauncey Incarnato left the team. After two days of practice, Notre Dame has lost three players with Freddie Parish transferring and Travis Leitko not being with the team for 2005.

“A couple players are gone. We have another one that’s gone today, Chauncey Incarnato. He decided to leave the program on his own,” head coach Charlie Weis said while addressing the recent roster subtractions. Incarnato was one of only two offensive linemen in Tyrone Willingham’s last full recruiting class along with John Kadous — both of whom are no longer with the team.

Incarnato’s loss leaves Notre Dame even thinner along the offensive line than they already were. Despite the relative lack of depth however Weis remains upbeat about his offensive line. “What I can tell you, looking at the inside run drills and the team run drills, I am encouraged with not only the first guys but the second guys too,” said Weis about talking about the offensive line.

The recent losses should not be a cause for panic among the Notre Dame faithful. Transfers and players quiting comes with the territory with coaching changes, especially when the two coaching staffs are as different as the previous staff is to Weis and his staff.

It is possible that there will be more players who quit or transfer as practice continues, but so far Weis isn’t too concerned with who has left the team stating, “I don’t see at this point anybody’s absence being an issue at this point.” 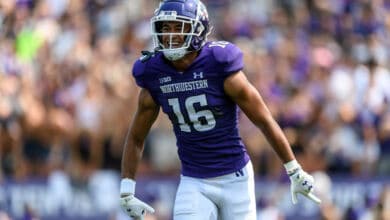