The most storied college football program in the country will be playing the home of the country’s most storied baseball franchise in 2010 according to a report published by ESPN on Friday.  According to the report, Notre Dame will face Army in what will be a home game for the Irish.  This game has been in the works for weeks, if not months, already, but official reports only came out on Friday.

Former All American wide receiver Jeff Samardjiza, a relief pitcher for the Chicago Cubs, had some nice quotes in the report.

“I know there’s a big East Coast following for Notre Dame,” Samardzija said before the Cubs’ game at Washington. “I think it’s good for Notre Dame, being countrywide, to play as many different spots as possible. … The more they can travel, the better it is for them.”

“I’d like to see them go overseas like they used to do. They used to go to Dublin and places like that. They used to play at the old Polo Grounds, so I think it’ll be cool. That’s the cool thing about going to Notre Dame — you never know what’ll happen, who or where you’ll play. It’ll be exciting.”

Even if you don’t like the Yankees (and I don’t), it’s pretty awesome that the first game to be played at the new Yankee Stadium will feature Notre Dame and Army considering the history the two programs have from the old Yankee Stadium.   Notre Dame and Army faced each other at Yankee Stadium for 21 straight years from 1925-1946 during a time when both programs were at the height of their power.  The 1946 contest that ended in a 0-0 tie is still considered one of the greatest games in college football history.

I’m the fact that Notre Dame is adding another service academy to the schedule is sure to draw the ire among those who think Notre Dame isn’t scheduling tough enough this days, but in this case, the historical significance of the game trumps the addition of a weaker opponent to next year’s slate.  Then again, the last time Notre Dame played Army in the New York/New Jersey area, Ivory Covington needed to make a miracle stop on a two point conversion for Notre Dame to hold off Army in 1995.

I’m not sure what the ticket demand will be for this game, but I’m almost positive that I’ll be representing UHND in the crowd at Yankee Stadium next fall. 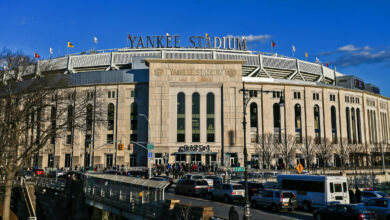 Notre Dame’s New Shamrock Series Uniforms, Like The Game Itself, Miss The Mark 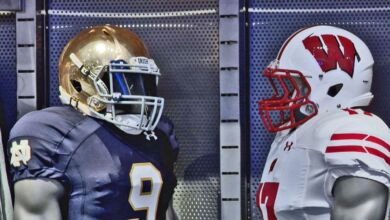 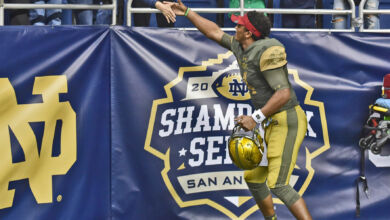