Former Notre Dame All-American wide receiver Jeff Samardzija’s decision to pursue a career in baseball over football continues to look like a wise decision seven years later after the Notre Dame great was named the opening day starter for the Chicago Cubs over the weekend.

Samardzija successfully converted to a starting pitcher last year after spending the first six years of his professional career as a reliever.  After a few bumps along the way, Samardzija had a strong second half before getting shut down in September because of an innings restriction placed on him by the coaching staff.

During the 2012 season Samardzija put together a 9-13 record in 28 starts with a 3.81 ERA.  In those starts Samardzija pitched a total of 174 2/3 innings after never notching more than 88 innings in any single season previously.  With the extended work, Samardzija also recorded a career high strikeouts per 9 innings mark of 9.28.

Samardzija’s ’12 season was capped off with his first career complete game – a 9 inning, 4 hit outing during which he struck out 9 Pirates while walking just one.

“For what he did his last eight starts, he is a guy you want out there.  He is a guy players rally around because of his work ethic. He has that bulldog mentality. This was a very obvious choice,” said Cubs manager Dale Sveum.

Seven years ago Samardzija shocked many by selecting a career in baseball even though many projected him as a first round draft pick after he rewrote the Notre Dame receiving record books during the 2005 season.  Michael Floyd has since captured many of Samardzija’s records, but the Indiana native was still set to be a high draft pick had he selected football.  Instead, Samardzija picked baseball and now starts his second season as a starting pitcher atop the Cubs rotation.

Since joining the Cubs organization, Samardzija experienced plenty of ups and downs before finally sticking with them as a starter last year.  Until then, the 5 year, $10 million contract he signed in 2007 looked like a bad deal for Chicago, but now it looks more like a steal for a #1 starting pitcher.

”I went through some humbling baseball experience in `09 and `10. It put a lot of things in perspective,” said Samardzija.  “I’m excited. The best thing as an athlete is to see all your hard work lead to positive gains from it. You get some taste of success and you want to keep that rolling. That’s where I am right now.”

Chicago has an option for 2013 for Samardzija, but if he establishes himself as a clear top of the rotation pitcher for the Cubbies this year, he could be in line for a nice extension this off-season.  At age 28, Samardzija still has a lot fo years left at the major league level too. 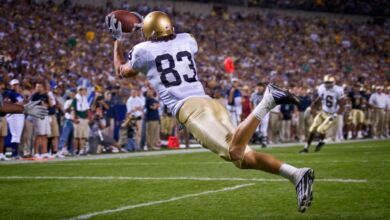 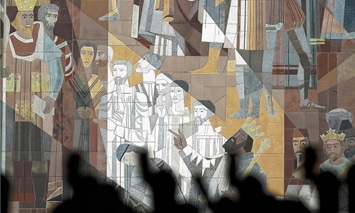