The Irish Blogger Gathering returns this week with Subway Domer, the godfather of the IBG, answering our questions while we answered some for  Mike at ND Nation.  Full list of this week’s IBG entries below. 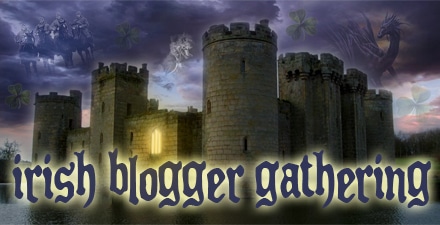 1. The Notre Dame offense struggled to say the least last weekend. Was what we saw just a bad performance from Tommy Rees or more of an indication that this offense will struggle to move the ball all season long?

It’s probably a little bit of both. Tommy Rees certainly had a bad game as he had countless overthrows, delay of game penalties, and just poor decisions in general. But, it wasn’t all Tommy’s fault. This offense looks lethargic from the start. The plays takes forever to get in, the audibles take forever to check into, and everything just looks slow. If this doesn’t change, the offense will struggle all season.

However, I think a move to run more “tempo” would greatly improve the performance of the offense and take some of the “slow” out of it. Look for that to happen this week.

2. Brian Kelly still can’t seem to find a go to back and as much as she says he wants to play multiple backs it is disheartening that a go to back hasn’t emerged so far. How do you see the running back rotation continuing to play out this weekend and throughout the rest of the season?

Sadly, I don’t much of anything changing until one of these backs has a truly breakthrough performance. For people to be gushing about Cam McDaniel and his running, the truth is that he is only averaging about 3.7 yards per carry. I’d love for anyone of the backs to evolve into “the guy” but either they can’t, won’t, or just aren’t given enough opportunities to become just that.

This season, it just hasn’t been in the cards as of yet, and may not be until Brian Kelly just commits to one or two of them. Hahahahah… and that ain’t happening.

3. The Notre Dame defense showed some signs of life last week. Were the Irish opportunistic against a weak offense or was there more to their performance that should have Notre Dame fans excited they could turn it around the rest of the way?

Of course the Irish played better because of the poor offensive capability of Michigan State, but there is a lot of hope that they get things turned around for the season because of the little things (that are actually big things) that I saw. The fundamentals were noticeably better when it came to run fits, breaking down, tackling, and assignment football. They also looked like they were playing with more fire and passion in this past game than at any point during the season.

So, there is some hope that this trend will continue, and will have to if the Irish want any success against a far much better offense this week in Oklahoma.

Bonus: Notre Dame is trying to get fans to wear green this weekend. Will it work and are you a fan of Notre Dame organizing things like this?

It won’t work. It never does. Sean McGarrity (Class of ’72) and Bobby O’Reily (Class of ’76) didn’t just spend $140.00 on their new blue Notre Dame pullovers to NOT wear them to the game on Saturday, and that goes with about 30,00 others. Add the Oklahoma contingent, and you’ll see patches of green and the stadium will look more like the Notre Dame turf in November than the green field of dreams that they hope for.

If Notre Dame really wanted this work, they would need to hand out 80,000 shirts and 80,000 green pom poms. It still wouldn’t work quite as well as it does in other places, but it would be effective enough.