Brian Kelly is a polarizing figure among the Notre Dame fan base.   Some love him for taking Notre Dame out of the doldrums of twenty years of mediocrity.   Others can’t stand him for some of his faults that nearly kept the Irish continuing that mediocrity and resent him for not winning a national title yet.  ESPN, on the other hand, just ranked the hiring of Brian Kelly in 2009 as one of the best college football hires of the last quarter-century.

ESPN ranked the top 25 hires in all of college football since 1995, and Brian Kelly came in ranked 13th on their list.  To some, that will just be further proof that Kelly was a mediocre higher. Still, he was also the only Notre Dame coach to make the list and the Irish have hired five coaches since 1995 – Bob Davie, George O’Leary, Tyrone Willingham, Charlie Weis, and Kelly.

Remember how bad all those hires were for Notre Dame?  In case you forgot, read Greg’s piece on why Bob Davie failed as a head coach at Notre Dame from last week.  And if that isn’t enough of a reminder, wait until you get a load of the Tyrone Willingham one that is in the works.

Considering all of the coaching change in college football, being named the 13th best hire of the last 25 years is also a pretty impressive accolade.

Interestingly enough, Michigan’s Lloyd Carr was ranked 15th on the list, two spots behind Kelly.  Jim Harbaugh made the list as well, but for his time at Stanford, not his current run at Michigan.  Most of the names on ESPN’s list ahead of Kelly are impossible to argue with too – Jim Tressell, Nick Saban (2x), Urban Meyer (2x), Bob Stoops, Mack Brown (Texas), Dabo Swinney, and Pete Carroll line the path to their top spot.

Let’s take a step back and think about what Brian Kelly inherited at Notre Dame on the field too.  Charlie Weis went 16-21 in his final three years at the helm of Notre Dame football.  The Irish had won one single bowl game since 1994 – the 2008 Hawaii Bowl.  They had two 10-win seasons since 1993 before Kelly’s arrival, and both of those seasons ended with terrible bowl losses.

Off the field, the Notre Dame program had fallen woefully behind the rest of the college football world in its use of technology and was starting to fall behind in facilities.

Since taking over Notre Dame, Kelly guided the Irish to a BCS Title game appearance and a College Football Playoff berth.  Neither trip ended well for the Irish. Reminder: Michigan is still waiting for their CFP appearance and that they never made it to a BCS Title game.  Overall, Kelly has five 10-win seasons under his belt.  Another reminder: Notre Dame had two of those in the 16 years before his arrival. He also has two AP Coach of the Year Awards under his belt during his Notre Dame tenure – 2012 and 2018.

Notre Dame has finally reached a point where ten win seasons are expected and even considered disappointments. That is significant progress from where this program was eleven years ago when Kelly arrived.

The transformation that Kelly undertook in 2017, though, is perhaps the most impressive accomplishment of his entire coaching career.  Before the collapse of 2016, Kelly was as stubborn of a coach who was more stuck in his ways than almost any other coach in the country.  For him to be as introspective as he was and completely tear down what he had built only to rebuild it back up and reel off four straight ten win seasons is nothing short of remarkable.

That just doesn’t happen in coaching on almost any level with a coach who has been a head coach for 20+ years.  It occurs when a young coach starts off and falls on their face ala Bill Belichick in Cleveland during his first stint as a head coach or like Pete Carroll with the New York Jets.  But it generally doesn’t happen for a coach who has been coaching for 20 years.

We can all still debate whether or not Brian Kelly will win a national championship at Notre Dame.  As the roster looks today, it would require an incredible amount of luck.  While he’s upgraded the roster immensely from top to bottom in the last eleven years, Notre Dame is still noticeably behind the Clemson’s and Alabama’s of the world.  And most importantly, in his ten seasons so far, he has yet to produce one single elite quarterback capable of taking over a game and leading the Irish to victory over a more talented team.

Those are fair criticisms of Kelly, but it is also possible to simultaneously appreciate what the man has done for Notre Dame while realizing that there is still work to be done and admitting that we still don’t know if Kelly is the man capable of getting the job done.  One can do both at the same time without having to have a totally polarized opinion of him as hard as that may be for some in the Notre Dame fan base to comprehend. 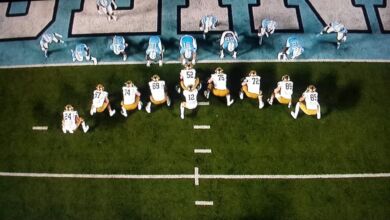 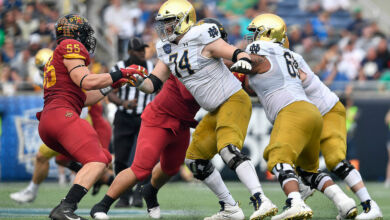