So, how do you feel? I’m torn between the dueling realities that Notre Dame didn’t look particularly good and that we probably should have expected that. That has made this particular game difficult to make sense of, because we’ve never been in a position of having to evaluate a team that hasn’t had the type of prep they are used to.

An entire spring cancelled, at least two fall practices cancelled, numerous players held out for weeks at a time. Not ideal to say the least. But, the lights came on, they ran out of the tunnel and there is a goal: championships, excellence, and all that good stuff. Some parts of the team were better than others, some of the bad parts were concerning (the passing game), and some were not as bad as you probably assume (the line play). So let’s get into what we saw and try to parse out the rust and the long term issues.

The defense got off to a slowish start, especially from the front 7 against the run, with linebackers Marist Liufau and Drew White feeling extra fired up and overrunning plays, allowing Duke running backs to cut back behind them. This is the type of thing that would have caused severe trepidation, and did, the season before, but not now. It’s not that it’s expected, but if we’ve learned anything about Clark Lea‘s defense, it’s that whatever yards they give up early will be cleaned up within a series or two, and that’s exactly what happened.

As it were, Duke had 150+ yards in the first quarter and ended up with 334. So the defense was rusty, but things got cleaned up, as expected.

If there was an overreaction to what was going on in the first couple of series, it came from the evaluation of the offensive line in the running game, which did start slow. On a team with a good amount of polarizing assistants, offensive line coach Jeff Quinn is right up there in terms of fan panic.

Watching live it’s easy to think the line isn’t getting a push or is getting thrown around, but really, I thought there were some missed opportunities from the backs, specifically Kyren Williams, that were obviously cleaned up later because he ended up having a great day on the ground. I wrote in the preseason that Williams and Tyree were the types of backs that could end up complimenting the offensive line in a way the backs of the previous season could not, and that’s what we saw yesterday, from Williams on a couple occasions, his first two touchdowns specifically.

This isn’t to say everything is fine and good with them or there were no problems. They certainly missed some blocks and were not “dominant” as was the expectation. But, from the second quarter on they looked much more like the type of line the team needs them to be. One thing I am confident of is they will not be the reason the offense can’t complete passes with consistency. No, that’s another concern altogether.

So here’s the thing, there were personnel issues, execution issues, and game plan issues. Those are all the issues that there can be, and they were all bad. First, Notre Dame didn’t play Kevin Austin (we knew this) and they also didn’t play Braden Lenzy. (We did not know this, Brian Kelly didn’t elaborate except to say he was available, Tim Prister of Irish Illustrated reported Lenzy had some type of hamstring issue.) Whatever the case, Notre Dame needs those guys playing to be at their most dangerous.

Second, given the issues with the personnel, the complete lack of emphasis on a play action passing game early was baffling. Whatever you think of a starting trio of Ben Skowronek, Javon McKinley, and Avery Davis, they are not guys you can do straight drop backs with over and over again. They need some manipulation on the back end, some motion, and as Tony Dungy mentioned over and over again on the broadcast, some misdirection. That was lacking early and so was the passing game effectiveness.

Third, there is no way Ian Book isn’t affected by his receivers and the lack of creativity in the passing game, but there are plays to be made and he needs to make them. And, again, he needs to trust his pocket. Quarterbacks would dream to have the type of time he has back there, he needs to do better with it. The interception at the goal line, on first and 10 no less, just cannot be thrown. He was unlucky to get it picked, but the choice to throw it at all was his. I counted three occasions where he had receivers or tight ends running free down the middle of the field for huge gains or touchdowns that he did not see. Points are getting left on the field.

Luckily, this team has time. Time to get things figured out, to get a feel for what type of team it is, how to best use the weapons. But, this is the aspect of the team that worries me most post Duke. Notre Dame is not a viable national contender with a passing game like this. 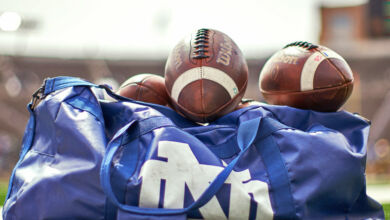