When Notre Dame travels to Chestnut Hill this weekend to take on unranked Boston College, the home team Eagles will be wearing what look like road white uniforms. The special uniforms, however, are a tribute to a former Boston College student-athlete who died in the 9/11 attack. With the Eagles in white, the Irish will either be in their normal home blues most likely. Notre Dame should, however, refrain from wearing green this weekend.

There’s been some chatter on Twitter and on Notre Dame forums that Notre Dame should wear green this weekend, but even though I love the green jerseys, I really hope we do NOT see them this weekend. Wearing them in a game like this – a rivalry game that one side takes much, much more seriously – is not the time to wear them. Boston College is already trying to make this game bigger than it is by selecting it as their “Red Bandana” game for 2020 – an indicator of how much emphasis they have placed on Notre Dame.

One only needs to think back to 2002 when Tyrone Willingham decided to wear green against Boston College to see how it could go terribly wrong. Notre Dame was 8-0 and ranked 3rd in the country following a huge road win over Florida State. The Eagles were unranked, but just like they had done in 1993, they came into Notre Dame Stadium and upset the Irish thus ruining a perfect regular season.

Brian Kelly and Notre Dame should learn from that mistake and not give Boston College any more motivation than they need. After nearly taking down Clemson two weeks ago, Boston College feels as though they can do the same to the Irish and the Eagles have historically taken this rivalry much more seriously than the Irish.

Notre Dame needs to take this game very seriously in order to avoid the fate of Irish teams of the past who have fallen to lesser Boston College teams that were not lacking motivation when they faced the Irish. Wearing green, however, isn’t the way to get them to take it any more seriously.

Liam Eichenberg said on Tuesday that Brian Kelly had not referenced 1993 at all this week, but hopefully that is because he has been holding that off for later in the week as a warning for what could happen this weekend if the Irish don’t take this game seriously.

Hopefully, Kelly and Notre Dame leave the green jerseys in South Bend this weekend even if there is some historical significance to wearing them in Boston. Legendary coach Frank Leahy coached the Eagles prior to coming to Notre Dame where his Irish squads wore green regularly during his tenure. Still, forget that bit of history this weekend and just wear blue and take care of business. 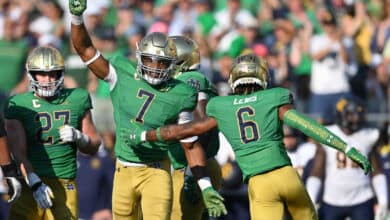 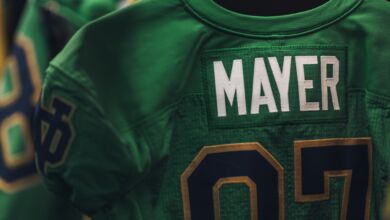 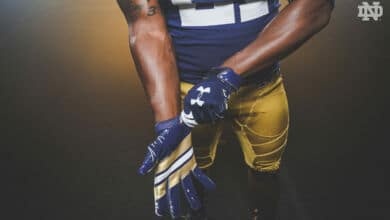 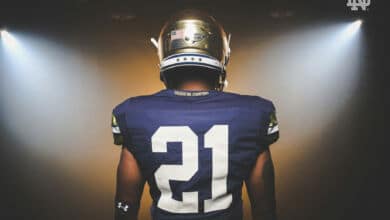