The Toledo Rockets will help the Fighting Irish open up the home portion of the 2021 Notre Dame football schedule on September 11. The Irish are perfect against MAC schools, and there’s no real reason to doubt any change in that status. Especially given the fact that it’ll take place in a once-again packed Notre Dame Stadium.

Rockets head coach Jason Candle is starting his sixth full season at the helm and is looking to get back to challenging for a bowl berth. Last year’s COVID-shortened 4-2 season saw both of the Rockets’ losses end in three-point defeats, though an impressive offense was frequently on display.

Exactly which Rockets quarterback lines up against may not be known until the conclusion of Toledo’s training camp. The battle is between Carter Bradley, Dequan Finn, and Georgia Tech transfer Tucker Gleason, with Bradley having the most experience. That should give him the inside track on the starting job, though Gleason is a wild card.

The Toledo running game is paced by Bryant Koback, who led the team in rushing with 522 yards and was also an effective receiving weapon out of the backfield. Micah Kelly was runner-up in the rushing department for the Rockets, though he only gained 208 yards on 44 carries. Still, he’s expected to be a greater presence on the field, which could also involve special teams play, while Jacquez Stuart looks to build on his three carries from 2020.

Last year, the Toledo passing game was spread around, with no 11 different receivers catching a pass and nobody grabbing over 25 for the season. The good news for the Rockets is that all the major players are back, including wideouts Isaiah Winstead, Bryce Mitchell and Danzel McKinley-Lewis; Winstead and Mitchell give the Rockets a pair of deep threats, while Georgia transfer Matt Landers brings great size to this department. In addition, Jamal Turner is expected to serve as a blocking presence at tight end largely.

Whoever is at quarterback for the Rockets will have some quality personnel to protect him, led by center Bryce Harris and tackle Nick Rosi. The unit has depth and is quick, though their relative lack of size may work against them against major schools like Notre Dame. They also had to deal with some injury concerns during the spring, which may have stalled the establishment of chemistry which will be needed when they come to the Golden Dome.

Toledo Defense: A Work in Progress

The two most prominent players to watch on Toledo’s defensive line are defensive tackle Desjuan Johnson, who knows how to get into enemy backfields, and edge rusher Jamal Hines, who also managed to pick up an interception amid his aggressive play. Other linemen to watch for the Rockets include defensive end Terrance Taylor and nose tackle David Hood, with this unit seeking to continue their improvement from last year.

Talk of the Toledo linebackers begins with Dyontae Johnson, who led the Rockets with 47 tackles, with four of those stops behind the line. Johnson is the centerpiece of Toledo’s 4-2-5 defense and is expected to join Daniel Bolden, who contributed 21 tackles, two tackles-for-loss, and forced a fumble.

The secondary for the Rockets is a talented one, though they did struggle last year when it came to forcing turnovers. Safety Nate Bauer led Toledo with two of them and will team with Tycen Anderson at these key spots. Cornerback Samuel Womack keeps offenses on their toes by showing a knack for knocking away pass attempts, contributing a team-high seven in that category last year. Justin Clark is set to handle the other corner slot.

After splitting the kicking duties last year, Evan Davis is expected to battle Thomas Cluckey for the job, with Cluckey already penciled in for kickoffs. Cluckey was more accurate with his field goal attempts in 2020, which may offer him an edge. The punting role is once again handled by Bailey Flint, who’s now in his fourth season with the Rockets. The return department will have Ronnie Blackmon back, with the former Colorado receiver hoping to see better numbers in 2021.

That answer would be never since this matchup marks the first-ever meeting between the two schools. So unless a stunning upset manages to take place in the Irish’s home opener, that spotless record against MAC schools should remain. 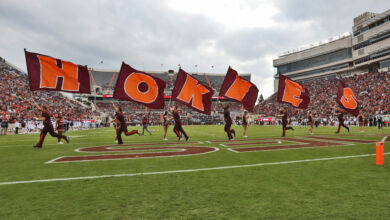 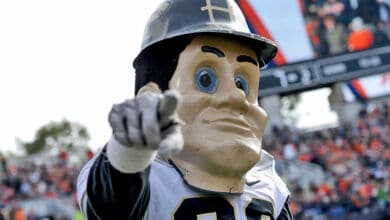