The offical coverage maps for this weekend’s ABC games have been released, and if live west of the Mississippi, you are pretty much screwed.  ABC/ESPN has decided to make the thrilling Ohio State-Purdue game their featured game for the 3:30 time slot.  Ohio State has lost it’s only game against a ranked opponent in blowout fashion and Purdue already has 3 losses this year to Oregon, Notre Dame, and Penn State.  North Carolina and Notre Dame on the other hand are both 1 loss teams with UNC in the top 25 and Notre Dame on the cusp of cracking the rankings.

Luckily I will get the Notre Dame-UNC game on ABC, but the good news for those of you who won’t be getting the game without having to shell out the $25 for ESPN’s Game Plan is that OSU/Purdue and Arizona State/USC both have some pretty good blowout potential and you may get to see at least part of the ND/UNC game.

I’ll be posting my quarter by quarter notes and thoughts as well for anyone who won’t be getting game that doesn’t want to make the trip to the local watering hole or pay for Game Plan. 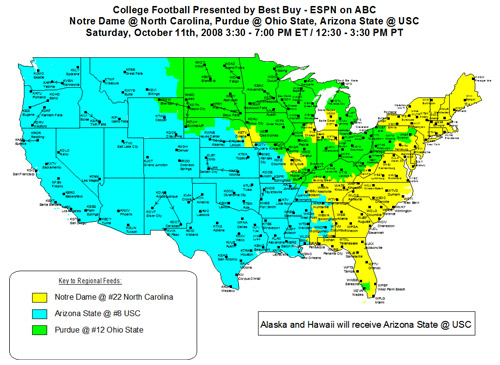 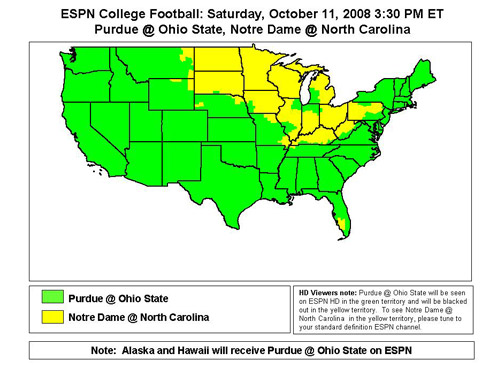 Hey Tiller, Get Better... Not Bitter

Looking For Some Help From Our Regulars