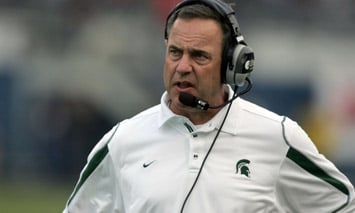 Michigan State head coach Mark Dantonio spoke with the media on Tuesday about his team’s upcoming trip to Notre Dame this weekend.  Here are a few notes from what he had to say.