There weren’t a whole lot of changes to the Notre Dame football depth chart throughout the 2021 season. Heading into the Fiesta Bowl though injuries and some movement from younger players has resulted in a few changes as the Irish prepare for Oklahoma State on Saturday. 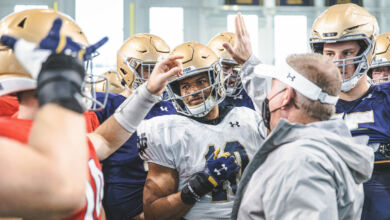