College bowl season is the best time of year. It serves as the last hurrah for football fanatics desperate to get one last fix before seven-to-eight months of nothingness, casting a void that no amount of game replays can fill. With stakes so high it becomes paramount that every last ounce of football is squeezed out of the precious few weeks remaining, and thankfully my best friend and I have developed a method for doing so.

Years ago as undergrads we relaxed at a bar over holiday break, catching up and having a few cold ones in the process. While chatting a no-name bowl game was set to kickoff between Arkansas State and Southern Mississippi, and my friend suggested we pick sides to cheer for throughout the evening. After a gentlemanly handshake our content had begun, and we stayed the entire game, boisterously shouting encouragements and lamenting failures. It was enough to likely make those in the bar assume Arkansas State and Southern Miss were our alma maters – a bizarre likelihood considering our home base of Michigan – and a new tradition was born that has followed us from our time as lowly undergraduates and into the professional world.

Every December my friend and I examine the slate of bowl games and select teams in a draft-like scenario. For example, if I select Michigan State to win this year’s Rose Bowl, he has no choice but to pull for the other Rose Bowl competitor, Stanford. It then becomes his turn to choose a team and force me to root for their opposite. We keep a point tally – if I pick Michigan State and they win, I get one point, whereas if Stanford wins he gets a point – to determine a winner and let the fun begin.

This annual contest has become so entertaining that even our fathers keep tabs on our team choices and laugh with us about results over the holidays. There is no greater joy than repeatedly texting my friend the logo of one of my teams after a narrow victory until he takes his phone and throws it across the hallway of the hospital where he works in annoyance. No one questions a doctor, even if he tosses a phone and mutters incomprehensible, angered garble about bowl outcomes

Considering our yearly battle shall soon start up yet again, I thought I’d help others enjoy bowl games the way we do by listing the best bowl games nobody will watch but really should.

The New Orleans bowl is one to watch nearly every season with its reputation for shootouts and close matches. This year’s contest is an in-state affair between Tulane and Louisiana-Lafayette. Tulane boasts a stout defense – ranked 19th nationally in points against – and a relatively poor offense, ranking below 100 in both rushing and passing. The Ragin’ Cajuns are averaging over 200 yards rushing per game and average 34 points per game.

While on paper the Tulane and Louisiana-Lafayette matchup is a sound defense against a capable offense, the history of the New Orleans Bowl suggests a shootout will take place, particularly when the pride of home-state bragging rights is on the line.

Let’s face it. If you’re watching an under the radar bowl game such as the Beef O’Brady Bowl, you want to see points flying all over the place. That’s exactly what will happen in the matchup between East Carolina and Ohio.

The Pirates of East Carolina not only have an explosive offense, but they don’t bother to bore everyone with details, such as running the ball. ECU likes to score (40 points per game), and they like to bomb it all over the field in the process. Quarterback Shane Carden has racked up nearly 3,900 yards and 32 touchdowns on the season, mostly relying on talented target Justin Hardy, who has hauled in 105 receptions for nearly 1,300 yards and 8 touchdowns.

When you take a prolific offense and pit it against an average defense – Ohio ranks 65th in points allowed – fun things occur, and it’s the kind of fun that draws in viewers. Add in the fact Ohio is 1-3 in its last 4 games and was outscored 123-16 in the process, and you have an offensive primer in the making.

Perhaps the best under the radar bowl game of them all has Utah State paired with the #23 Northern Illinois Huskies. The potent Huskie offense is led by Heisman contender and Northern Illinois quarterback, Jordan Lynch, who has amassed a combined 4,557 yards and 45 touchdowns in his senior season. Northern Illinois is 5th in the nation in rushing yards (312 yards per game) and 9th in total points, averaging 41 points per contest.

What may appear on the surface as a blowout will likely be a tight game. Utah State has one of the tougher defenses in the nation and is 7th in the country in points allowed. The Utah State Aggies are also no stranger to elite non-BCS schools, having taken the one-loss Fresno State Bulldogs to the wire in the Mountain West Championship Game.

The consensus seems to be the Poinsettia Bowl will be an exciting back-and-forth contest akin to a watered down version of the SEC Championship match between Auburn and Missouri.

Maybe the contest my best friend and I inadvertently created will be a fun way to generate interest in bowl games that are generally only appealing to respective fan bases, and maybe it won’t. But either way, the college football season is quickly coming to a close, and we should all enjoy it while there’s still time.

Could Notre Dame Switch to Under Armour? 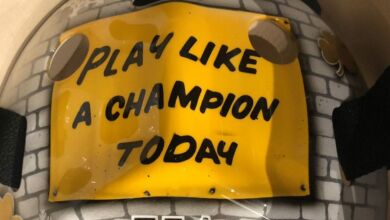 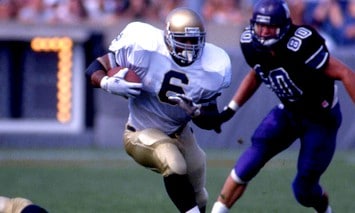 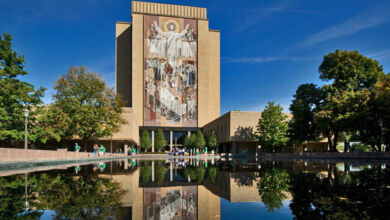