Here’s a few of the specific topics we discussed with Reggie.

Reggie was a great guest tonight and had a lot of great stories to share with us. Next week we will have on another former Notre Dame running back – 1977 National Champion Vegas Ferguson.

What They're Saying About Samardzija's Debut 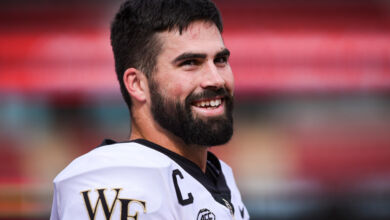