Notre Dame added a 5-star recruit to their class of 2021 on Monday without gaining a single new commitment. Rivals updated their recruiting rankings moving Blake Fisher, the mayor of Notre Dame recruiting, all the way up to #19 overall. The move gave Fisher a 5th star.

Fisher’s bump in the Rivals rankings might not be enough to move him to a 5-star composite in the 247 Rankings on its own – Fisher was previously #22 overall so he only jumped 3 spots – but the move is significant nonetheless given it gives the Irish a 5-star player from at least one service as of today.

Fisher is the highest rated offensive lineman to commit to Notre Dame since Tommy Kraemer in 2016 who was #40 overall on Rivals and #26 overall in the 247Sports Composite Rankings thanks to his #8 overall designation from 247’s own rankings.

There is a good chance that Fisher ultimately gets bumped up in the 247 Rankings as well as his season progresses which could give the Irish a 5-star composite commit for 2021. Tyler Buchner has briefly been a 5-star composite ranked player, but his performance at The Opening in the spring moved him down in the rankings resulting in a loss of that 5th star.

Rivals will be releasing their new full top 250 later today. Heading into the release, Lorenzo Styles is the next highest ranked Irish commit at #39 followed by Tyler Buchner at #46, Rocco Spindler at #56, and Gabriel Rubio at #99.

There are a number of Notre Dame commits who could see their rankings bumped up with the Rivals update today. Cornerback Philip Riley, offensive lineman Pat Coogan, and tight end Cane Berrong are a few to watch for in particular. 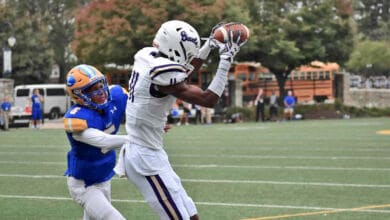 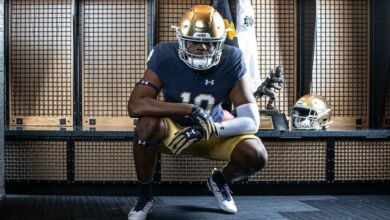