While Notre Dame made Burnham’s cut, the Wolverines are still considered the favorite for the Michigan native though the Irish are making a strong push.  Michigan currently has all six of the Crystal Ball predictions for Burnham on 247 Sports.

What is the most interesting of Burnham’s top 3 is who isn’t there.  Alabama offered Burnham as well, but the Crimson Tide are on the outside looking in right now – a very rare occurrence for them.  Ohio State also offered Burnham but failed to make the cut.

247Sports ranks Burnham as the #114 overall prospect in the country in their composite rankings at the moment and the #6 outside linebacker.

Notre Dame had mixed results going after the top prospects in Michigan during the 2021 recruiting cycle.  The Irish landed top-100 OL Rocco Spindler but were never able to really make a dent in recruiting top 100 RB Donovan Edwards despite spending ample time and resources in their efforts.

The Fighting Irish still have a lot of work to do here, but if there’s anything we’ve learned from Marcus Freeman so far, it’s that he will aggressively go after whoever he thinks will make a difference for the Irish.  Before Tyson Ford’s commitment, Oklahoma was widely expected to be his choice.  In a short time, Freeman helped change that.

Senior defensive analyst Nick Lezynski is putting in a lot of work on Burnham here too.  The work he put in on Prince Kollie during the 2021 cycle was one of the reasons Kollie stuck with the Irish even after the departure of Clark Lea for Vanderbilt. 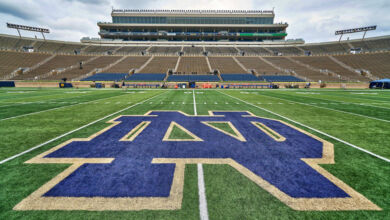 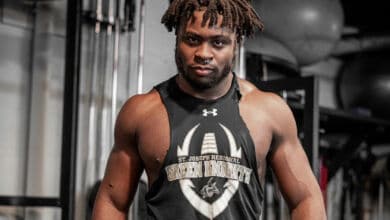 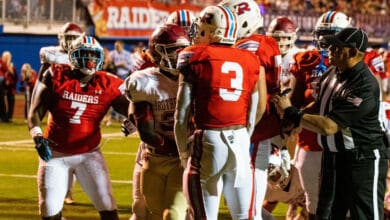