I love this kind of stuff right now. We are all football starved so any kind of “behind the scenes” taste whets our appetites. In this case, we get to see Notre Dame coaches interact with the players during practice. Nothing major was revealed but you notice they only focused on head coach Brian Kelly, RB coach Lance Taylor and defensive coordinator Clark Lea.  They needed to keep it PG so offensive coordinator Chip Long was left off the mics for obvious non-PG reasons.

I know it won’t happen but I would love for NBC to offer a mic’d up feed for home games.  I would love to be able to hear the coaches interacting with the players on the sidelines.  It doesn’t need to be a live mic.  I just want to see a replay of what was said or celebrated after big plays.  Just a thought.

☘️☘️Drink Like a Champion Today shirts!!!☘️☘️Have you bought yours yet? Get it now before it's too late! #IrishWearGreen #BookIt 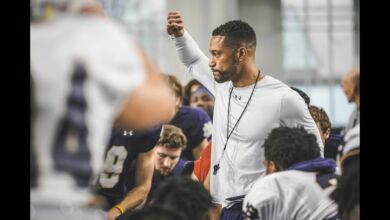 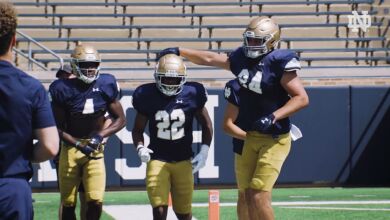 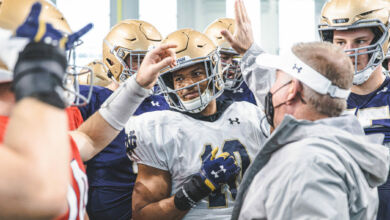