All offseason we heard about the potential of Notre Dame’s defense to dominate its opponents, especially at the defensive end position.  Unfortunately through the first three games (Louisville, New Mexico, Georgia) the defense only had three sacks combined with none of them coming from preseason All-American candidates Julian Okwara and Khalid Kareem.  Something needed to change, and oh boy did it vs. Virginia last Saturday.

Eight sacks total for the Fighting Irish defense led to a dominating 2nd half in which ND beat 18th ranked Virginia 35-20.  Okwara and Kareem finally broke through with a combined 5.5 sacks with numerous forced fumbles and recoveries to shake the confidence of talented Virginia QB Bryce Perkins.  Perkins was for all intended purposes flawless in the 1st half leading Virginia to a 17-14 half time lead.  In the 2nd half though the defense stepped up and forced Perkins into multiple fumbles and two interceptions from Alohi Gilman and freshman sensation Kyle Hamilton.

If Notre Dame is going to in fact win out and give themselves a chance to make the playoffs at 11-1, they will need to rely heavily on Clark Lea‘s talented and deep defense.  Some of that depth on defense will be tested with senior DE Daelin Hayes out for the season now with a torn labrum and senior nickel back Shaun Crawford out at least a month with a dislocated elbow.  The good news is Hayes has already announced he will come back for a 5th season next year and Crawford’s injury looked much worse than the initial prognosis.  Crawford will be back in November for big road games versus the likes of Duke and Stanford.

Before the season started a lot was made about the weakness of the ND defense up the middle with the departures of DT Jerry Tillery and LBs Te’von Coney and Drue Tranquill to the NFL.  Last year the defensive tackles combined for an impressive 10 tackles for loss on the season.  This year the starting combo of Kurt Hinish and Myron Tagovailoa-Amosa along with Jacob Lacey and Jayson Ademiloloa have already combined for 8 TFL through only four games.

The linebacker core was supposed to take a huge hit this season, but so far Asmar Bilal, Drew White, and Jeremiah Owusu-Koramoah have combined for 13 TFL this season.  Last year the starting LB core of Tranquill, Coney, and Bilal combined for 21 TFL for the whole season.  For everyone wanting to say this year’s defense is worse up the middle, I have to say the stats and numbers so far through the first month of the season simply don’t back that assumption or observation up.  The DT and LB cores are way more athletic and fast this year, in my opinion.  Kudos go out to Lea and defensive line coach Mike Elston for developing these players.  The scary thing is everyone up the middle can come back next season except Bilal.

As the season progresses, I expect Lea’s defense to be even more dominate.  The 2nd half versus both Louisville and Virginia was where they set the bar.  They kept elusive QB in the pocket and punished them into turnovers.  The tackling in the UGA game was fundamentally sound throughout giving the offense a chance to win the game.  I expect Lea will continue to dial up the pressure with the front seven because he knows with the back end of the defense (Gilman, Hamilton, Jalen Elliott, Troy Pride, Tariq Bracy, etc.) they can play on islands and not get burned for big plays.

With Okwara and Kareem emerging as the All-Americans we thought they could be going into the season and a group of DE backups (Ade, Jamir Jones, etc.) more than capable of holding their own I expect to see a ton of battered and bruised offensive backfields.  Team them up with a stout middle of the defense along with a swarming and fast LB core not to mention a secondary as good as any in the nation. I have full confidence this defense will be even better than the 2012 unit that carried them to a National Title game. 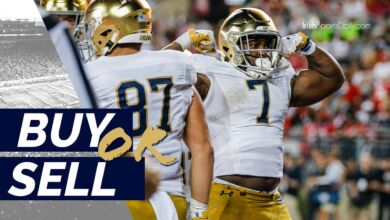 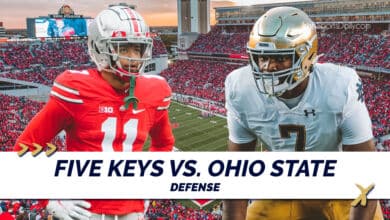 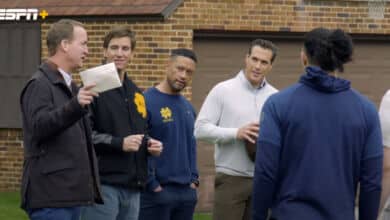