Charlie Weis released the latest Notre Dame depth chart on Tuesday prior to meeting with the media.  The full depth chart can be viewed here, but here are some notes on the changes you will notice. 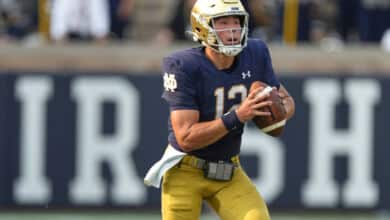