Charlie Weis wrapped up the Michigan with his weekly Sunday press conference.  He talked about the 2nd and 10 pass play, the officiating, and the play of Armando Allen.  Here are some highlights. 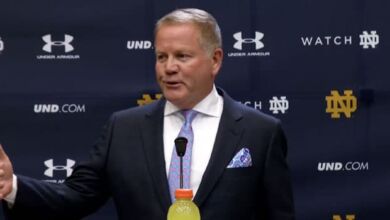