Get ready for tonight’s season opener with this week’s Gameday FAQ!

Notre Dame is playing Texas to open the 2016 season tonight.  This marks the second year in a row in which Notre Dame and Texas open the season against each other in a primetime showdown.  Notre Dame won last year’s contest 38-3 and leads the all-time series 9-2.

Great question!  No one knows who is starting tonight as Brian Kelly has not named a starter and has maintained that both Deshone Kizer and Malik Zaire will play against the Longhorns.  Earlier today ESPN reported that they reached out to Notre Dame to see if they would name a starter but were told there was no update.  Odds are we will all find out who is starting a few minutes before kickoff in an on-field interview.

This year’s Notre Dame season opener will be played at Darrell K Royal Stadium in Austin, Texas.  Notre Dame opens on the road for the first time since 2012 when they traveled all the way to Ireland to take on Navy to open their undefeated regular season.  Since then Notre Dame has opened with three straight home games – Temple ’13, Rice ’14, and Texas ’15.

Tonight’s game will be broadcast nationally on ABC.

Tailgaters for today’s game will be treated with some HOT South Texas weather.  The forecast currently calls for  highs in the low 90’s with some intense humidity.  By kick-off the temps will still be hovering around the mid 80’s with humidity levels reaching close to 80%.

If you are tailgating outside today – drink lots of water in between your beers!

As for the game, the intense humidity could force more substitutions than normal for Notre Dame.  The Irish will depth will be tested right out of the games this year. 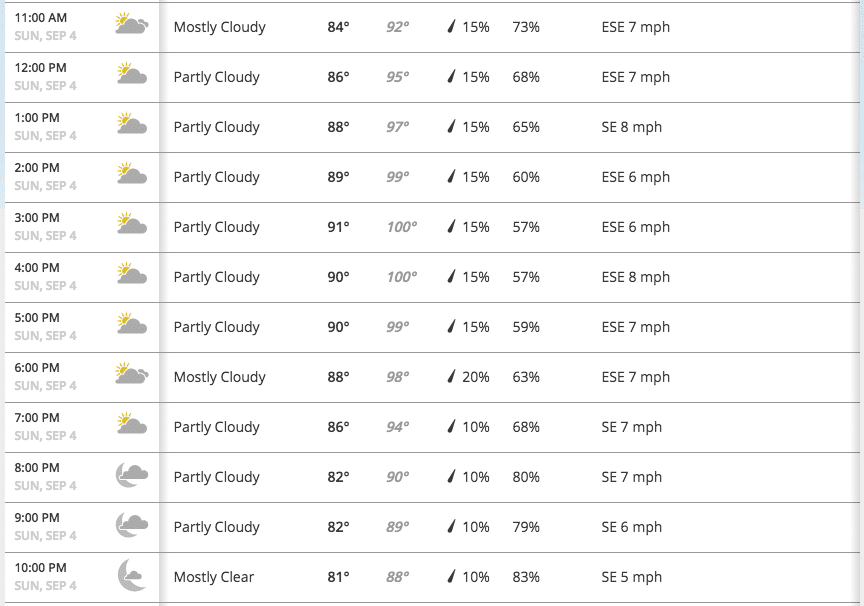