Dexter Williams talked about a few topics on Thursday during Media Day at the Cotton Bowl, but a couple that were particularly interesting to me were the fast field the team has experienced and his personal comeback story from his early season suspension that cost him the first four games of the year.

On the “fast field” Williams said that it took some getting used to for him because the surface at Jerry World is almost a little bouncy.  Once he got used to it in practice though he said he’s comfortable with it and that it is definitely a fast field.  The last time Notre Dame played at AT&T Stadium in Arlington was 2013 for the Shamrock Series against Arizona State so none of the current players on the roster have played on this surface until now.

On his personal mistakes that he made that resulted in the suspension, Williams mentioned that it was hard but that he hopes he showed his teammates that he is accountable for his mistakes.  He also mentions that for him to be able to come back and have the kind of impact that he has had despite missing four games made it even more special to him.

The entire clip is worth the 2:30 minutes of viewing.  Dexter Williams is a special kid who has had a rollercoaster of a career on and off the field at Notre Dame.  Hopefully he has a few more on field explosions waiting for us Irish fans. 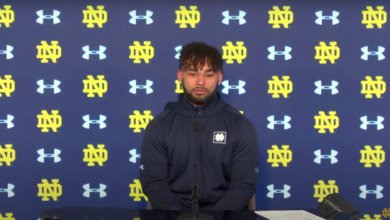 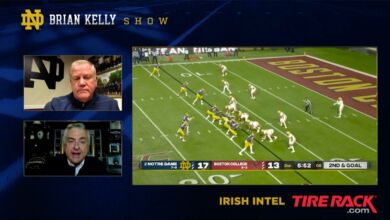 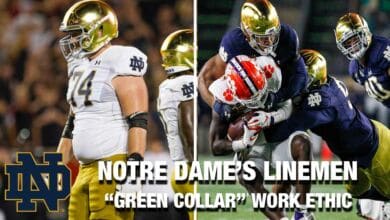