Notre Dame jumped out to an early 20-0 lead on Miami on Saturday only to watch the Hurricanes rip off 27 unanswered points to take the lead in the fourth quarter.  It was a script we have seen all too many times this season.  This time, however, the ending was different.  Notre Dame rebounded to score the final 10 points of the game and held on for just their third victory of the season.

Notre Dame’s defense, despite the 27 points allowed, turned in one of its best performances of the seasons.   Jarron Jones had a career day with 6 tackles for loss while Nyles Morgan added another three including two sacks.  The Irish special teams, however, seemed hell bent on making things interesting.  Notre Dame muffed two punts, one of which was recovered for a touchdown, allowed a blocked punt, and got caught totally and completely unprepared for an onside kick.

All in all, it was an ugly victory for Notre Dame, but after surrendering a 20 point lead and nearly losing their 6th game of the season, the Irish will take a win any way they can get it. 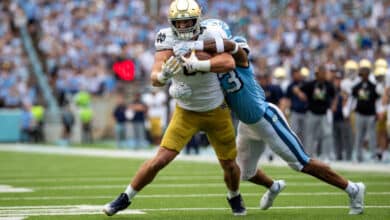 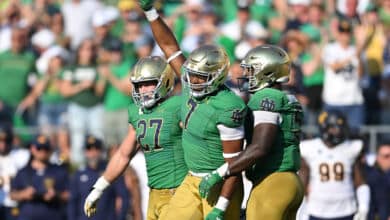 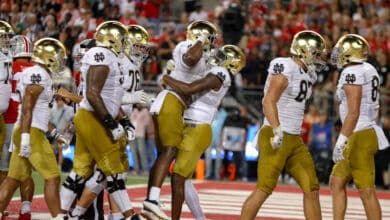