Notre Dame starting quarterback Tyler Buchner is just days away from making the first start of his collegiate career under the lights at the Horseshoe in a top-5 matchup against the heavily favored Buckeyes. The first-time starter talked about his emotions heading into the game, among other topics with the media on Wednesday. 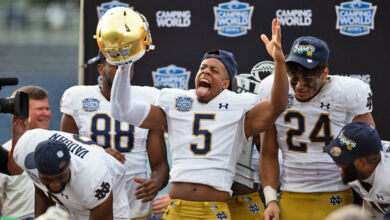