Notre Dame beat Boston College over the weekend to improve to 8-0 on the season and cruise into their third bye weekend of the year ranked #2 in the country. The WatchND crew caught some great behind the scenes footage including an animated Brian Kelly drinking some Gatorade out of another rivalry trophy.

This wasn’t the first time Kelly drank from a rivalry trophy. He did the same in 2018 when the Irish blew out Stanford at home during their run to the College Football Playoffs.

Kelly also had fun with the megaphone following Notre Dame’s road win over Michigan State in 2017. 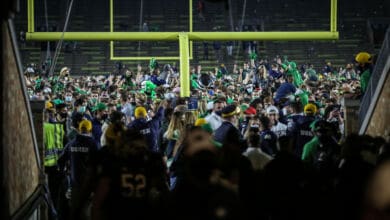 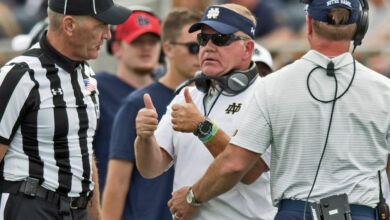